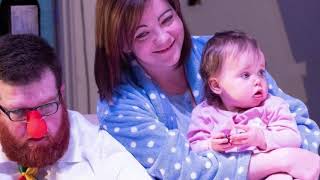 For three nights and one afternoon starting on Wednesday 10th April 2019, Blidworth Welfare Band will become the infamous Glimley Colliery Band as they star alongside Argent Theatre Company in a production of Brassed Off in Newark. The band has been rehearsing alongside the theatre company playing the part of Grimley Colliery Band in the theatre adaption of the hit film, Brassed Off originally featuring Grimethorpe Colliery Band. Whilst the production is loosely based around